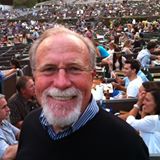 SAN DIEGO ADOPTION attorney, Allen Hultquist has extensive adoption experience, having devoted 30 years to representing birth and adoptive parents in San Diego, throughout California and in interstate placements between states.

He is a founding Fellow of the American Academy of Adoption Attorneys.

1990 – Present,  American Academy of Adoption Attorneys (///A), is a professional organization of approximately 330 members throughout the United States and Canada who are experts in the complexities of adoption law.  Membership is by invitation.